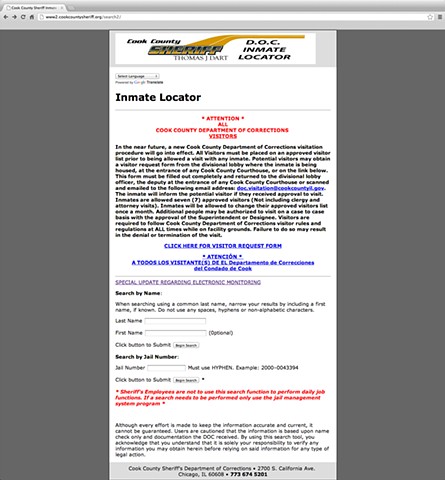 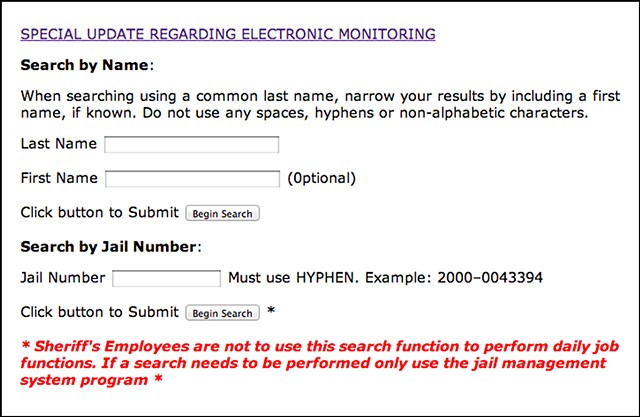 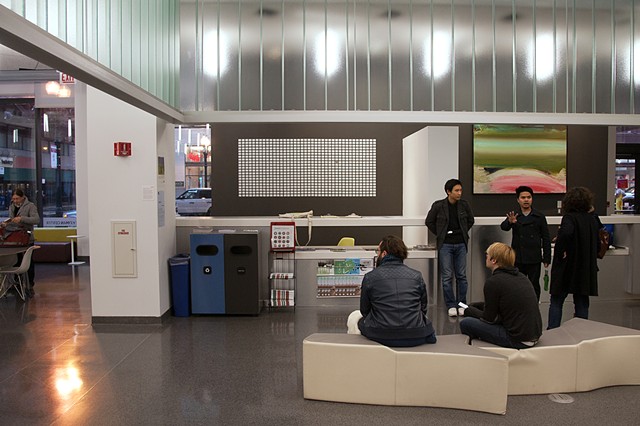 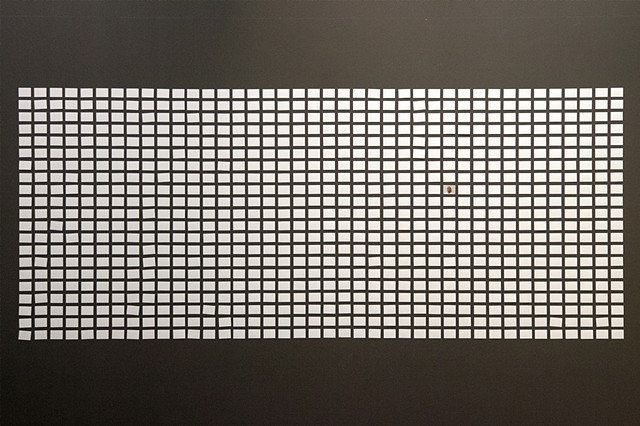 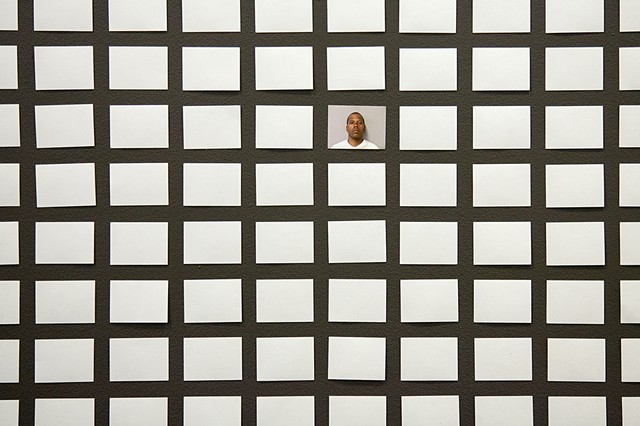 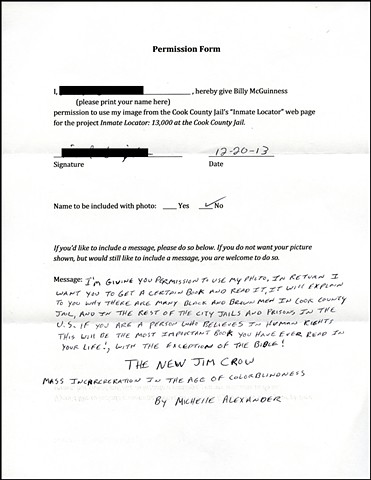 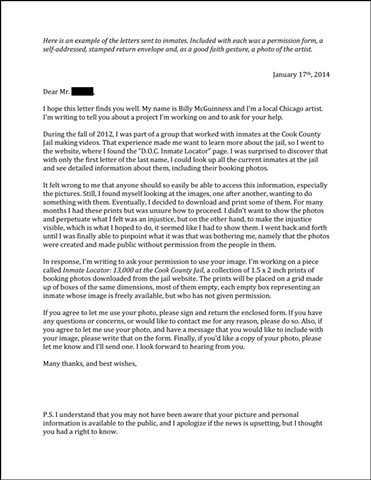 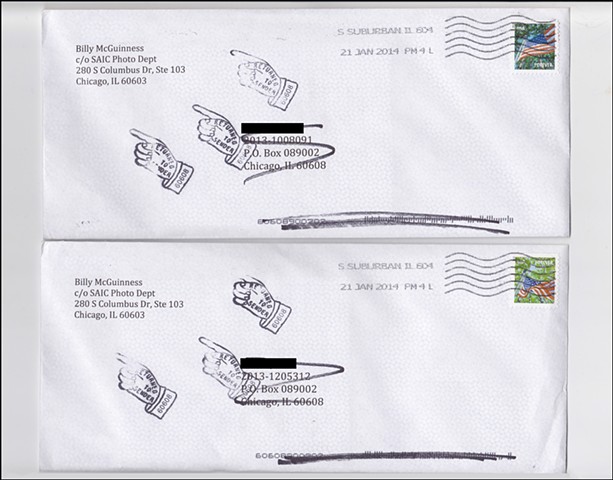 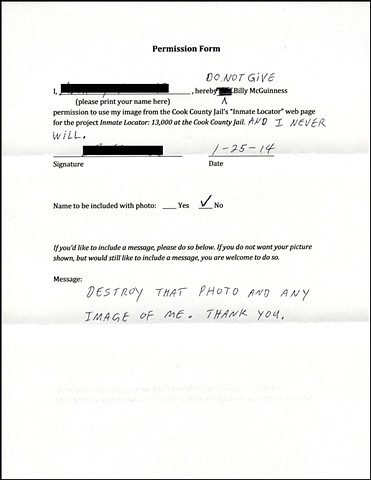 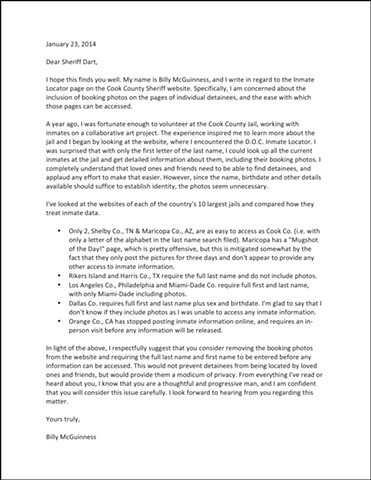 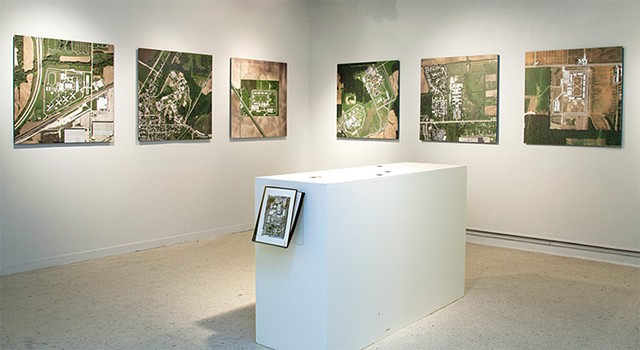 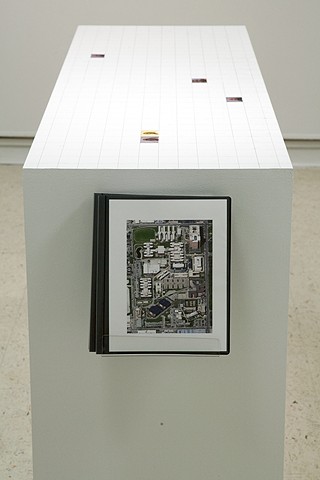 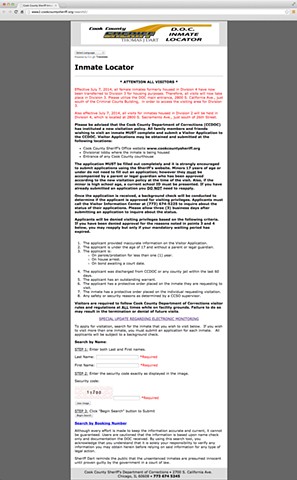 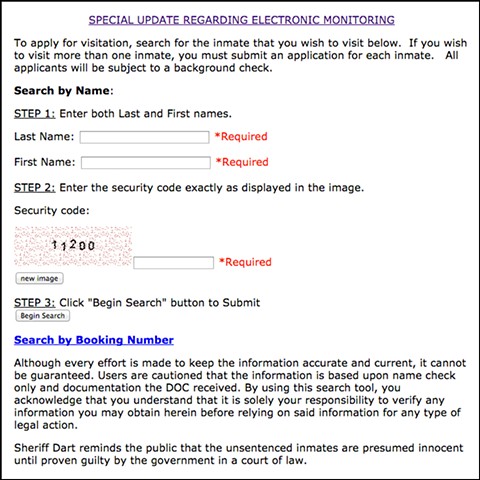 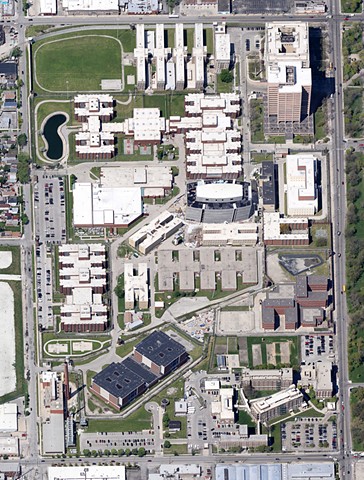 Believing the easy availability of the images (and other inmate information) to be emblematic of a system in need of reform, I felt compelled to share them, but didn’t want to perpetuate what I saw as an injustice. Accordingly, in the fall of 2013, I began contacting inmates by mail and asking for permission to use their images.

I simultaneously began contacting the sheriff and his staff and asking them to modify their website. Both efforts continued into the spring of 2014, when, after many emails and phone calls, I was able to persuade jail authorities to change the Inmate Locator, making it harder to access inmate information.

In all, 82 letters were sent to inmates. 6 responses were received, 5 in the affirmative and 1 in the negative, 54 letters came back ‘return to sender’ and the rest are still out there.

In January 2014, the words, “Sheriff Dart reminds the public that the unsentenced inmates are presumed innocent until proven guilty by the government in a court of law,” were added to the Inmate Locator. In April 2014, the search function was altered. It now requires the full first and last name of the inmate to be entered before any information can be accessed.